Netflix’s Bridgerton: A Classic Period Piece with a Modern Spin 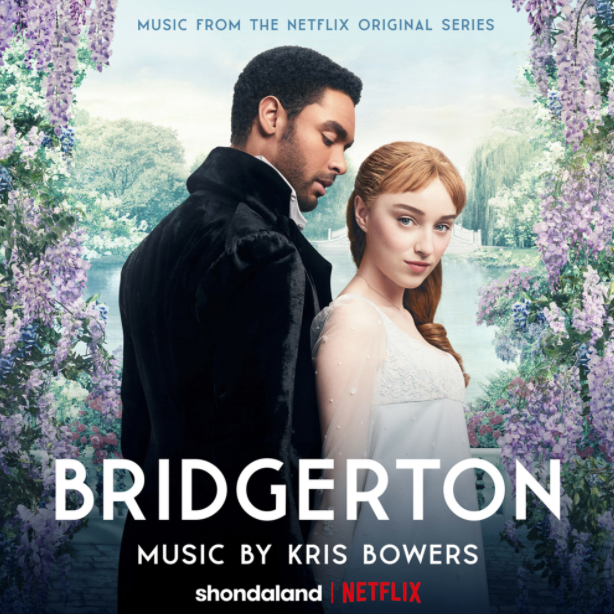 Netflix’s new series entitled Bridgerton has taken the internet by storm. Just 28 days after the initial release of season one, the show has been streamed a record 82 million times shattering viewership records and making it Netflix’s largest release of all time. Based on a well known book series by Julia Quinn, the creator Chris Van Dusen worked to present this traditional story in a 21st century manner. The cast is diverse and features many lesser known actors such as  Regé-Jean Page as the Duke alongside more familiar faces such as Julie Andrews as the voice of Lady Whistledown. The show itself has already received two nominations for SAG awards and still remains in Netflix’s “Top 10” even after two months following the release.

Why all the excitement about this particular series? Bridgerton is a well-known and remarkably rich family by the name of the Bridgertons takes on the Regency era in England. The oldest daughter, Daphne, comes of age and is set to present herself to the queen and to society in this year’s courting season. The expectation is Daphne’s marriage, wealth, and good status. But what’s high society without some drama? Producer Shonda Rhimes mixed a period piece with a modern ‘Gossip Girl’ take, creating a gossip column within the series that affects all the characters and leaves you with, “So who is it?” Not only do viewers follow the shocking and unstable relationship of Daphne Bridgerton and her potential suitor, but they also experience the ups and downs of this entangled society and the complexities of a column judging their every move.

As Refinery29 said, “There’s a fake relationship, a surprise pregnancy, a dramatic deathbed vow, an affair with an opera singer, an actual duel, and a sassy narrator voiced by Dame Julie Andrews. And that’s all in the first few episodes.” To say the least, Bridgerton is a show that is worth your time.

Along with the engaging storyline that will leave you pressing the ‘next episode’ button at ungodly times of the night, Bridgerton tackles essential social and political issues. From gender roles in the Regency era, to how the media affects society, to parent-child complexities, Bridgerton has it all. Ironically, the topic of race is rarely touched upon despite the fact that the cast features a wide variety of ethnicities and backgrounds.

While still remaining true to the aesthetic of the time period, the show emphasizes the societal pressures placed on women despite a lack of education on topics deemed “improper” and “unladylike.” A.k.a, sexual relationships and self-confidence, which Bridgerton sisters Daphne and Eloise struggle with within the series. Simultaneously, the series works in more current issues, such as gender inequality and education.

The show also includes aspects of mental health, especially among the male population. Main character, Simon Bassett, works through the complexities of his relationship with his father, alongside his long term emotional instability and unavailability. And what’s a society without the media? Bridgerton encompasses the influence a single voice in the media can have on everyone’s opinion, shown by how the characters changed themselves to mold into what society claims to want based on Lady Whistledown’s latest gossip opinions.

Bridgerton is based on Julia Quinn’s Bridgerton series, beginning with Daphne’s story, ‘The Duke and I’. Each book follows the story of one of the Bridgerton siblings, and, you guessed it, there are eight siblings, all named in alphabetical order: Anthony, Benedict, Colin, Daphne (season 1), Eloise, Francesca, Gregory, and Hyacinth. There’s a book for each, and Bridgerton fans predict that each Netflix season will feature the story of a sibling. So season two, maybe we’ll get a hint of Anthony? If you want to know what that entails, go straight to Netflix and click play. You won’t regret it.

In a nutshell, Bridgerton is 19th century England meets Gossip Girl. It has a little bit of everything: romance, drama, scandal, gossip, and societal issues; what more could you ask for? While period pieces aren’t necessarily what the teenage crowd is drawn to, for us, the complex storyline presented in a fun, light-hearted manner was more than enough to keep us hooked on the series. Not to mention it contained the perfect amount of subtle humour to counteract the other intense moments of the show. So give it a shot, you might be pleasantly surprised! Just maybe not with your parents.

Bridgerton is rated TV- MA meaning it is for mature audiences only. It contains graphic violence, crude language, and sexual content.