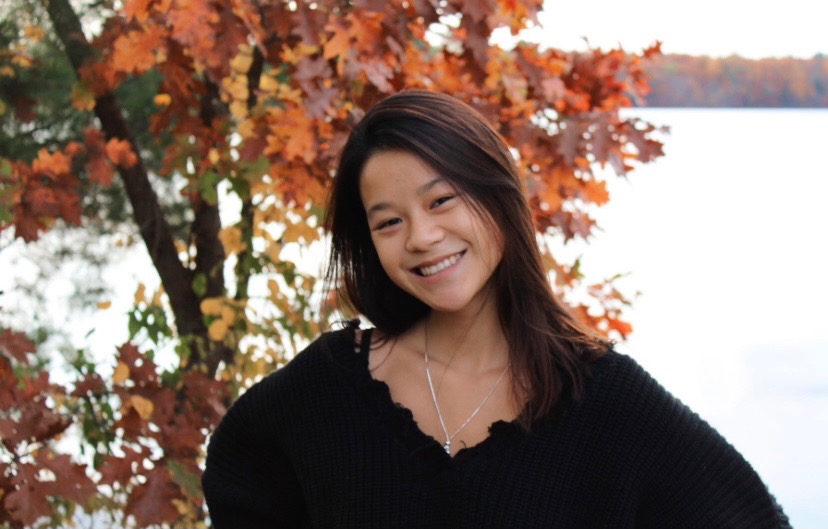 Senior Lily Wilson shares her story about having Covid-19. She advises, "Wear a mask."

Westborough High School senior Lily Wilson had to go through one of the most challenging experiences in 2020. On October 4, Wilson woke up with a fever and immediately thought of the worst possibility. Unfortunately, her thoughts were correct. Wilson was the first student at Westborough High to test positive for Covid-19.

Since she contracted the virus, Wilson was kept in isolation for two weeks. This is different from being in quarantine because she was confined to one room only. Wilson’s symptoms included a fever, nasal drip, and sneezing. Wilson was able to retain her taste and stated that “the isolation snacks were bomb.”

Wilson also shared, “People should know that even though the rest of the time was bearable, you can still have the virus without most symptoms.”

Since Wilson was the first member of WHS to get the virus, she unfortunately got a lot of hate and accusations thrown at her.

“People tended to make assumptions about me or where I was when I contracted the virus and this was frustrating because a lot of this was untrue,” Wilson commented.

When asked what she did to keep sane throughout isolation she responded, “I watched Netflix and had solo dance parties in my room.”

Some of her favorites to watch included The Harry Potter Movie Series, Shameless, and The Legend of Korra–which she recommends to everyone.

Wilson was also very grateful to have the love and support of her family throughout the two weeks of isolation.

“My brother Roman talked to me through the window and played Among Us with me when I got lonely,” Wilson reflects.

She was especially happy to share that her dad happily made her a ham, egg and cheese every morning for breakfast.

Having gone through the experience of the virus, Wilson has some advice for anyone reading this article, “Wearing masks is cool! Anyone can get Corona. We can stop this together. If you feel symptomatic, get tested.”