Presidential Election One Week Away: WHS Seniors are Voting 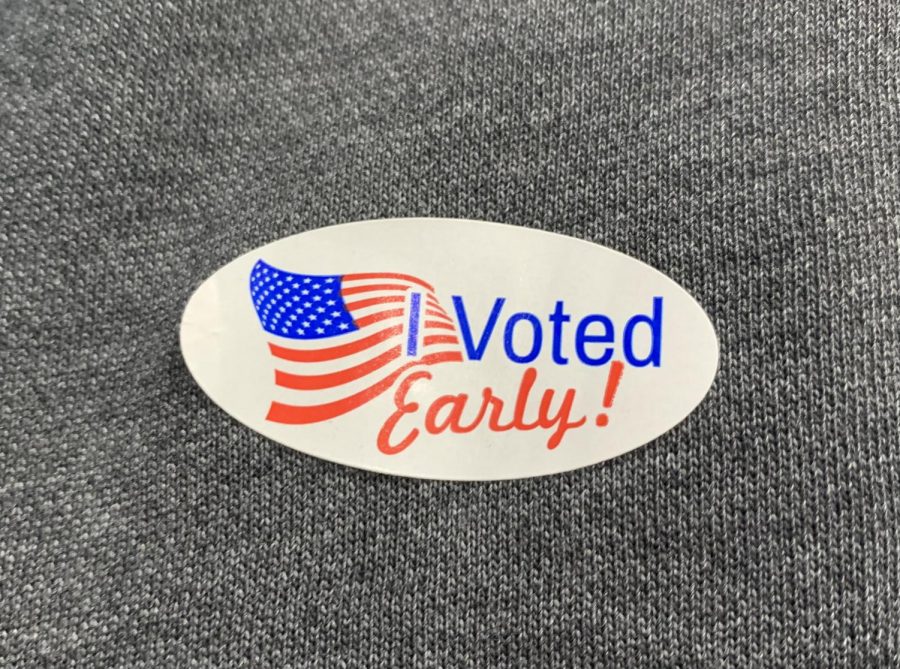 With the approaching presidential election comes the important responsibility and right of voters to cast their ballots for their candidate. This November 3, Americans will select a presidential candidate, vote on the two Massachusetts ballot questions, and vote for a variety of US senate and house seats for Massachusetts.

This election is significant to many in Westborough High School, specifically in the Class of 2021, because this year many seniors can legally vote. Those of us born any time before November 2002 are now eighteen and eligible. The excitement of a whole new representation of voters coming of age is extremely significant.

Senior Abby Johnson says, “We’ve educated ourselves deeply on the subjects we cared about and we watched as our country disappointed us and divided us. Now it’s our turn. I’m really proud of our generation.  To me voting creates an opportunity for my voice to finally matter, to be counted, and to be a part of something bigger than myself.”

This generation’s new voters are going to make every vote count this election.

Senior Aj McLucas comments, “My right to vote is so important, especially this year, because political agendas are so closely tied with the rights of so many Americans.”

Senior Audrey Soukup is also clearly passionate about voting, stating, “Based on the political environment in today’s day and age I think now it is more important than ever to get to the polls and exercise the right to vote,” she then remarks, “and I’m glad and proud to be able to do so.”

Soukup also adds she’s exciting to contribute instead of feeling “incompetent and helpless” in our political world.

When asked about what changes seniors would like to see, senior Mallory Walker hopes for all sorts of change: “I would like to see improvements in women’s healthcare rights, laws protecting minority groups, stricter gun control, and more efforts toward preventing climate change and so much more.”

Johnson, like Walker, can list all she hopes will improve: “The racial injustice, gender discrimination, lack of empathy for the lgbtq+ community, disbelief in science, and a misunderstanding of other country’s and people’s weigh heavily on my heart.”

Senior voters are very focused on the social issues of their generation. And based on their social issues, their presidential choice is directly connected.

Walker has done her research and knows her answers for the two ballot questions as well as for the election, saying, “I feel it is imperative that we restore dignity and sanity in the next four years; therefore, I will be voting for Biden Harris.”

McLucas says, “Recently, there have been so many horrendous acts of discrimination and the handling of the COVID-19 Pandemic has been so poor,” McLucas shares, “and for this reason and countless others, I intend to vote for Joe Biden.”

Soukup says, “When it comes to the presidency, I’ve had my mind made up since 2016. As for the other elections, I still have more research to do on the candidates before feeling confident in my choices.”

These seniors will be casting their votes in the next two weeks (as voters are given the opportunity to vote early) and will be able to say that they were part of the change, and their opinions were represented.

Johnson remarks, “I hope that the people in our generation who can vote are not just voting for themselves, and that they are voting for the people whose voices are being silenced. We have a privilege and we have a duty as members of this society. Have empathy, be kind, do your part. I hope to see all the “I voted” stickers around town!”