The Black Eyed Peas are Back with New Album Translation 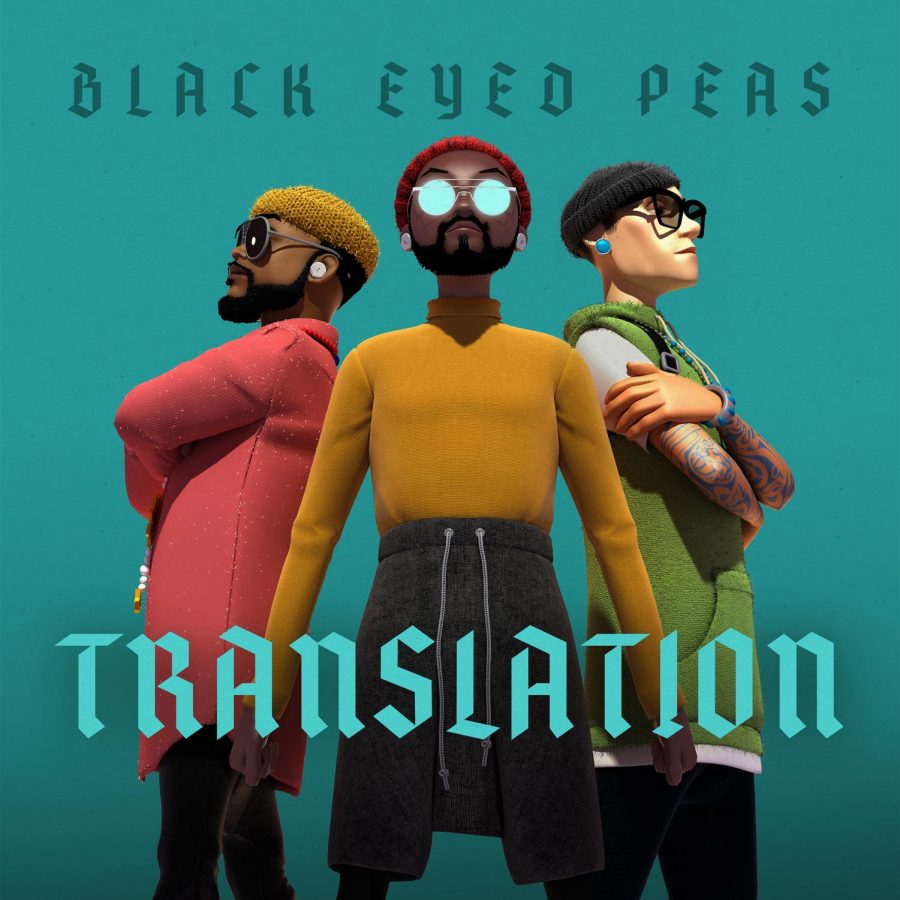 Do you all remember the year 2009? When the songs “I Gotta Feeling” and “Boom Boom Pow” were all that you would hear on the radio? Those songs were written by the group the Black Eyed Peas. After their album release of The Beginning in 2010, the group took an indefinite hiatus. They returned to the stage in 2018, but were dropped from their label. Their lead singer Fergie left the group. People counted them out.

Now, in 2020, will.i.am, apl.de.ap, and Taboo, are back with a brand new latin inspired album that has topped all of the billboard latin charts, Translation.

The album is the first album by the Peas to be all latin-inspired. Group leader will.i.am has stated that although the Peas have performed latin songs before, they wanted this album to speak to the latin community. One of the ways they achieved this was from the numerous collaborations on the album. The album features collaborations from latin artists all over Latin America, including: J Balvin, Maluma, Ozuna, Shakira, Nicky Jam, Tyga, El Alfa, Piso 21, French Montana, Becky G, and the groups newest female vocalist, J. Rey Soul.

The album opens up with the hit single “Ritmo”, which was featured in the movie Bad Boys For Life. The single peaked at #26 on the Billboard Hot 100, and the music video has nearly reached 800 million views, marking the most viewed music video by the Peas to date. The song features J Balvin and he provides a unique sound to the song.

Following “Ritmo”, the album transitions into a completely new sound with “Feel The Beat”, which is my personal favorite off the album. The song features Maluma, and the music video features a unique verse from newest group member J. Rey Soul.

The album goes from hit after hit, which is exactly what the third track is. “Mamacita” featuring Ozuna and J. Rey Soul peaked at #62 on the Billboard Hot 100. The track marked J. Rey Soul’s first official feature on a track, and her first song on the Billboard Charts.

The next three tracks don’t disappoint; “Girl Like Me” featuring Shakira, “Vida Loca” featuring Nicky Jam and Tyga, and “No Manana” featuring El Alfa showcase how the Peas have moved their sound to the latin community.

The last two tracks are some of my favorites off the album. “Action” has been used in multiple NBA Games, and is a song that many fans see as the new “Pump It”. “Pump It” is one of the Peas most successful songs, it was released in 2005 for the fourth studio album Monkey Business.

The last track on the album “News Today” is about what’s going on in the world. One of will.i.am’s verses from the song is, “we fightin’ somethin’ we can’t even see”, while apl.de.ap’s verse says, “They said stay in the house,don’t step out”, If you step out, put the mask on the mouth.” Taboo says, “But everybody’s in the same boat”. The song is so inspirational and really helps you realize to live your life to the fullest, as you never know what will happen, like this pandemic.

The album was produced primarily by group leader will.i.am and newcomer Johnny Goldstein, but many other talented artists produced and co-produced songs for the album. Group members Keith Harris and DJ Ammo each co-produced a song, and other artists including: Mucky, Papatinho, Mosty, Rvssian, DJ Snake, and even Shakira make the production credits as well.

So, if you are looking for something new, something entertaining, something unique, or something to help you get through tough times, then Translation, by the Black Eyed Peas will not disappoint you. The album is available on iTunes, Spotify, and the Peas have uploaded all of the tracks to YouTube on their official YouTube channel. I highly recommend this album.