Just Mercy: A must see film of our times 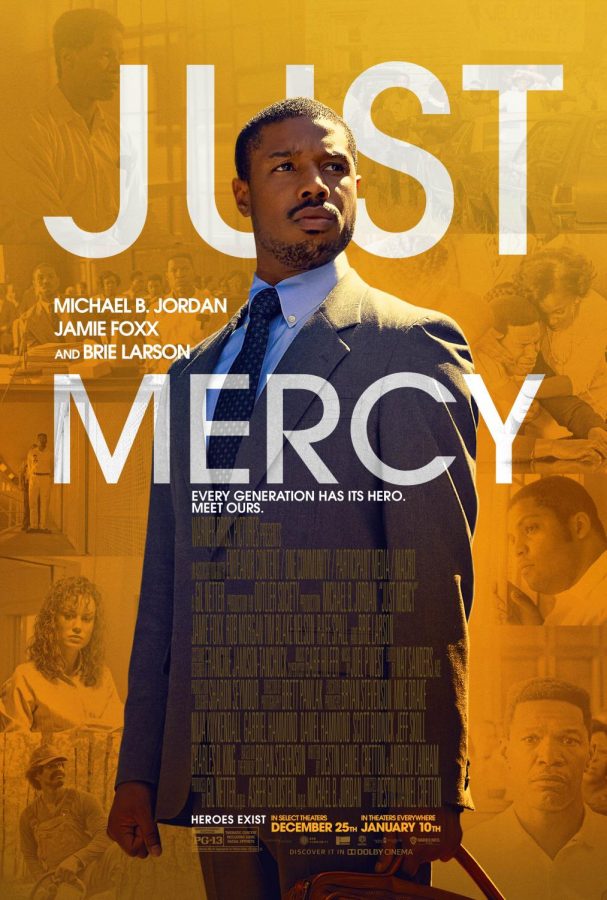 Warner Bros. recently made a number of their films which address systematic racism available for free in light of George Floyd’s murder. In that list of movies, last year’s Just Mercy is probably the most well known. I was originally going to review a newer movie or show for my last article of the year, but I thought discussing Just Mercy would be much more relevant to the protests taking place not only in our country, but around the world.

Just Mercy is based on the real life case of Walter McMillain, a black man who was wrongly convicted for the murder of an 18 year old white woman, and is now on death row for it. We follow human rights lawyer Bryan Stevenson as he does everything in his power to prove McMillain’s innocence and to save his life.

I don’t know how anybody could watch this movie and not feel so angry and heartbroken. This movie does a really good job of showing how broken the justice system is and the clear disadvantage black people and people of color face every day. The film also depicts authentically the pain of someone suffering from a system designed to work against them.

One of the best scenes in this movie involves actor Micheal B. Jordan as Stevenson as he is pulled over by two white officers. The scene is filmed in such a way that the audience feels they’re right with Stevenson in this situation, you feel as though you’re in the car with him. And as you would probably guess, Stevenson is stopped for no reason as the officers force him out of the car with a gun held to his head. There’s no way anybody can ask “Well what did he do to provoke the police?” which by the way is never the right thing to ask when racially charged confrontations like this are brought up in the news.

In this scene, you see this from the perspective of the person who’s actually being targeted. This happens way too often in real life and it’s important to see this atrocity depicted, especially from Stevenson’s perspective. Obviously there’s no way I as a white person can understand the pain and anger that comes from that kind of profiling, but this movie is personal and intimate enough that you really feel for everyone who’s cruelly and unfairly treated.

The cast is phenomenal. The three leads, Micheal B. Jordan, Jamie Foxx and Brie Larson bring a lot to the story. In my opinion though, Rob Morgan as Herbert Richardson, a friend of McMillain’s and a fellow inmate of death row, gives the best and most moving performance out of everyone. I don’t want to spoil or give anything away about this part of the movie. I just can’t emphasize enough how powerful and impactful Morgan is in this movie.

If you haven’t seen Just Mercy already, I would highly recommend taking advantage of Warner Bros. offer and renting it for free. It’s incredibly relevant to major issues today, and I believe stories like this can really help open the minds of people and actually address the issues black people continue to face in America.