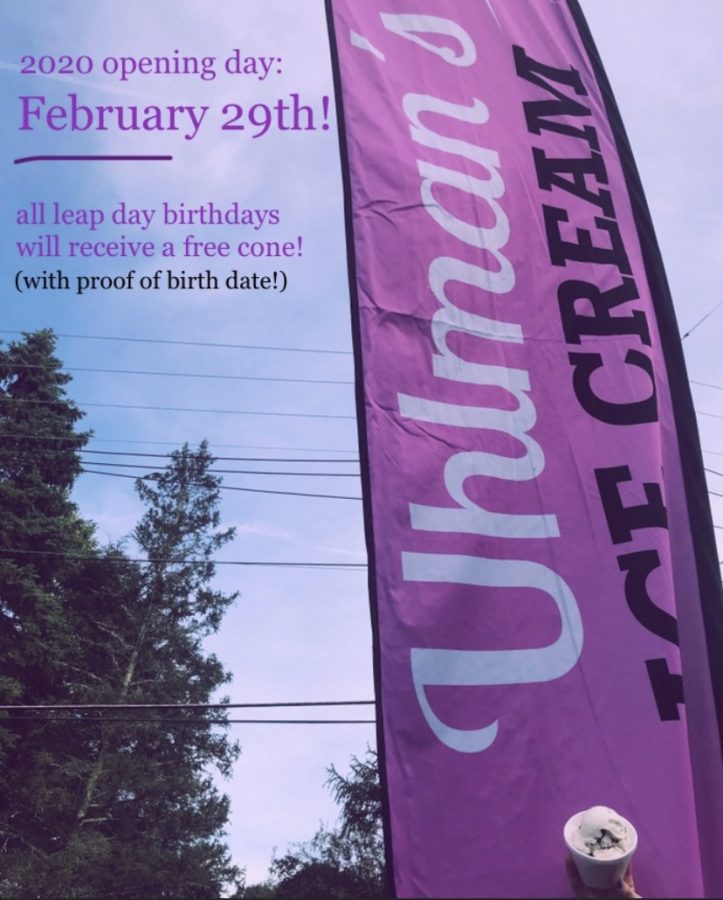 On February 1,  Uhlman’s Ice Cream officially announced that their opening for the 2020 season will be Saturday, February 29. Uhlman’s has been a local favorite for decades.

Special for opening day, Uhlman’s will be offering free cones to anyone with a leap day birthday with proof of ID. They have also announced that they will be making the change from serving their ice cream in styrofoam to paper cups.

Uhlman’s is a popular spot for high school students to work. One student, senior, Sarah Corcoran will be working the first shift on opening day.

Corcoran shares that the best part of working at the ice cream shop is “working alongside coworkers who share the same goal to get ice cream out the window as quickly as possible and getting to see the community come by to enjoy this local spot.”

Uhlman’s has been updating their social media on both Instagram and Facebook advertising for this upcoming ice cream season.

This Saturday the shop will be open from 10am-9pm. They will expand their hours during April break which begins on April 18; they will stay open until 10:00pm.