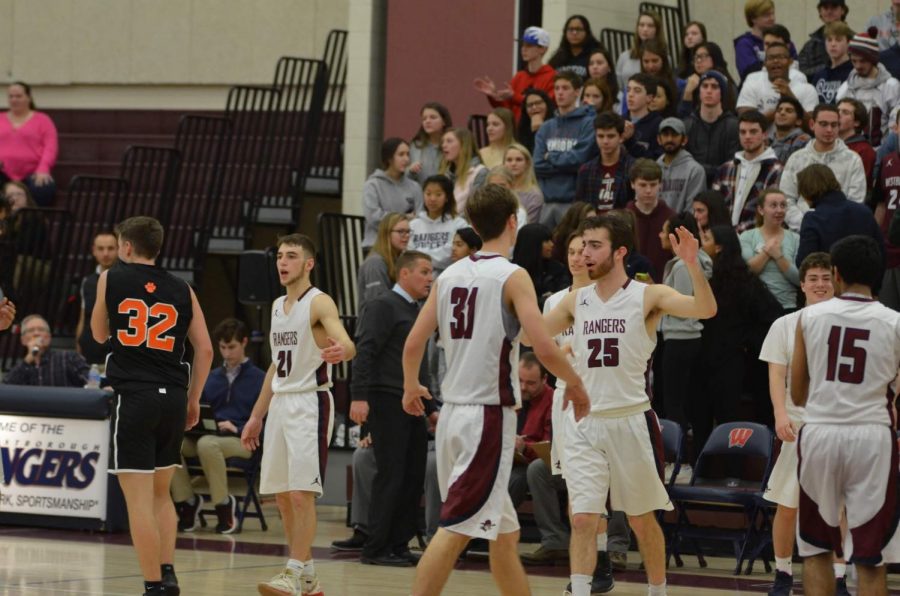 The Rangers are looking to repeat another Clark Tournament Championship.

It’s that time of year again. The boys varsity basketball team has officially qualified for the Clark Tournament for the fourth year in a row. The bracket was released on February 6, and the Rangers are the sixth seed in the Large School Division. Their first opponent will be Quabbin Regional High School on Monday, February 17 at 1:00 p.m. The Clark Tournament is played at Clark University in Worcester.

The Rangers have a big history in the Clark Tournament. They have qualified the most years out of any school, 53 times, and have managed to win 10 championships, including last year’s win in the finals against Groton.

Coach Brian Willar states “We understand the importance of the tournament, we look forward to it every year and is the #1 goal that we put on our whiteboard at the beginning of each season.”

This past Monday, Coach Willar, senior captains Alex Badger, Jackson Katz, and Luke Lentine, senior Evan Burlile, and manager Matthew Willar attended media day at Clark University. Here, they learned some history of the Clark tournament, met their opponents for the first round, Quabbin, and enjoyed lunch provided by the Clark University cafeteria.

This season will mark senior Basim Hussain and sophomore Tabish Hussain’s first appearance in the Clark.

Tabish shares, “I am looking most forward to representing Westborough and playing in an electric environment in front of my friends and family. I have heard a lot from the juniors and seniors about how awesome the Clark atmosphere is and that there is nothing like playing on that court. I am excited to get out there with my team and show everyone what we are made of.”

The Rangers have high hopes for their performance in the Clark. They have already qualified for the playoffs, but their focus for next week is to be the best team on the court in the Clark.

If the Rangers win their first game, they will move onto the semifinals on Friday, February 21 at 6:00 p.m., and will face the winner of the quarterfinal matchup between Grafton and Nipmuc. If they are able to reach the finals, they will play on Saturday, February 22 at 7:45 p.m.