Audrey Didier: A Race To The Finish 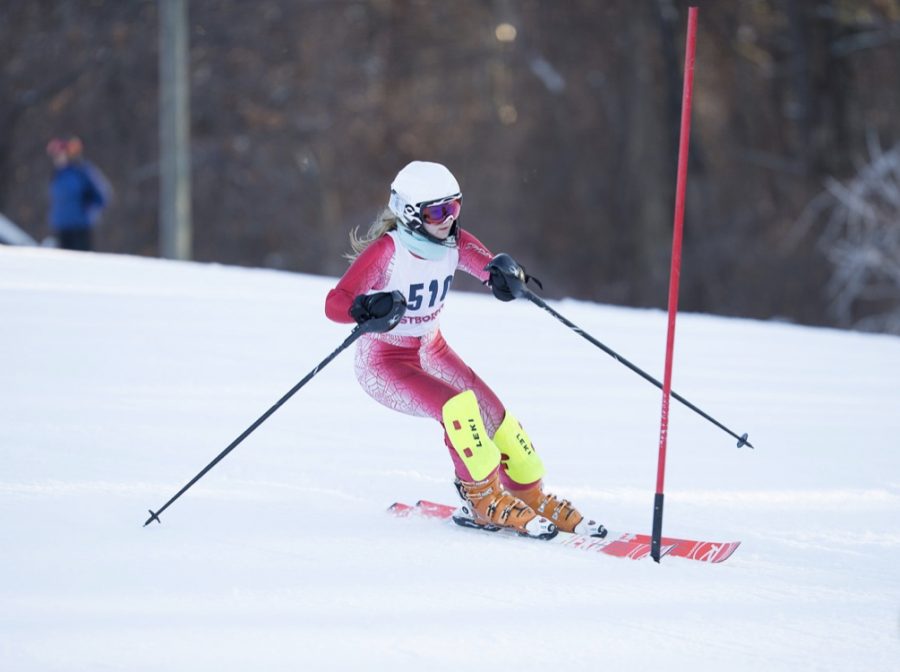 Audrey Didier is a senior at WHS. She’s been skiing since the age of nine and racing since she was eleven. In her last year of high school, she hopes to make it to the state finals for ski racing.

Didier’s cousin inspired her to start racing and she remembers watching her races when she was younger. Not only has she raced for four years at WHS, but she’s also raced for the Ski Ward Race Team in Shrewsbury where her career began.

She attributes some of her greatest memories to her race team as well as her experience in racing, saying, “I’ve met a ton of people that I never would’ve met and they are some of my closest friends. I’ve improved a lot from that team because I had a lot of really great coaches.”

Now, in her eighth year of skiing, she looks forward to the season every year and believes it to be her favorite time of year.

Being involved in the race team at Ski Ward has also led Didier to be a junior coach for younger kids.  High school skiers are usually assigned to an age group and then work with them by running drills and giving them feedback.

Didier states, “I’ve learned a lot about how to work with kids and be a leader through being a junior coach and by teaching kids, it has also helped me be a better ski racer as well.”

This is Didier’s second year as ski team captain; she hopes to make the team a more inviting and encouraging environment.  She wants the team to feel comfortable talking with the captains as well as asking for help if anyone needs it.

She says her goal as a team is that “we place well and new racers get a chance to learn the sport and have fun.”

Regarding her ski racing future, she says she doesn’t know if she will be able to do it in college but she hopes to definitely be skiing for fun and possibly still be coaching younger skiers.

The girl’s and boy’s first ski race will be Thursday, January 9 at Ward Hill in Shrewsbury, MA at 4 p.m.