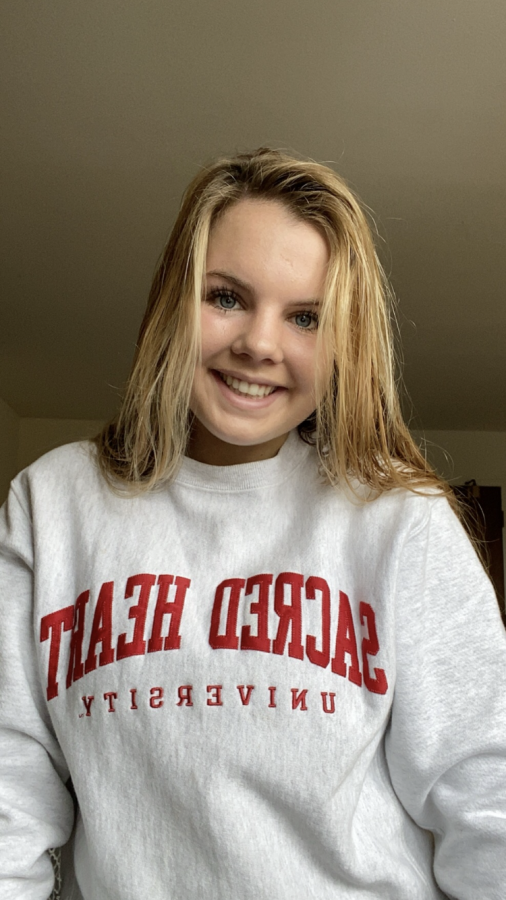 Kaitlyn Corcoran,  a 2017 graduate of Westborough High School, went on to continue her education at High Point University in High Point, North Carolina. She thought she wanted to get away from the cold and try something new.

Corcoran felt “that high school work was equal to the work [she does] in college and [she] felt well prepared compared to the other students who came from other places.”

However, despite her readiness she felt very unhappy because she came to realize that there wasn’t much to do off campus, which ultimately led to the decision of transferring schools.

After her freshman year in North Carolina, she decided to transfer to Sacred Heart University in Bridgeport, Connecticut. Corcoran says that she didn’t mind being far away, but rather, she thought if she transferred she would have a better experience since Sacred Heart was at the top of her list alongside High Point during her original college search.

At Sacred Heart, Corcoran continues to major in communications with a concentration in sports media. A crucial part of college for her is getting involved in campus life and she tells any incoming freshman to “get involved and find a good group of friends and make sure you stay on campus and make friends. Don’t go home or have a boyfriend or girlfriend come visit early on.”

During her sophomore year she roomed with all Division 1 athletes in a suite, which further helped her become more involved in college life. She is now the team field hockey manager at the school since she is friends with a lot of the team members.

Corcoran took journalism all four years at WHS and says “it prepared me for my major in communications and taught me basic editing and interviewing skills which I use a lot in college.”

For any senior in high school looking to go to college, Corcoran says, “Apply as soon as possible so you have as much time as possible to make a decision, and that way it also lifts the weight of college applications off your shoulders.”

Corcoran is looking to finish out the rest of her time at Sacred Heart and graduate with the class of 2021.