Rocco’s: The New Donuts in Town 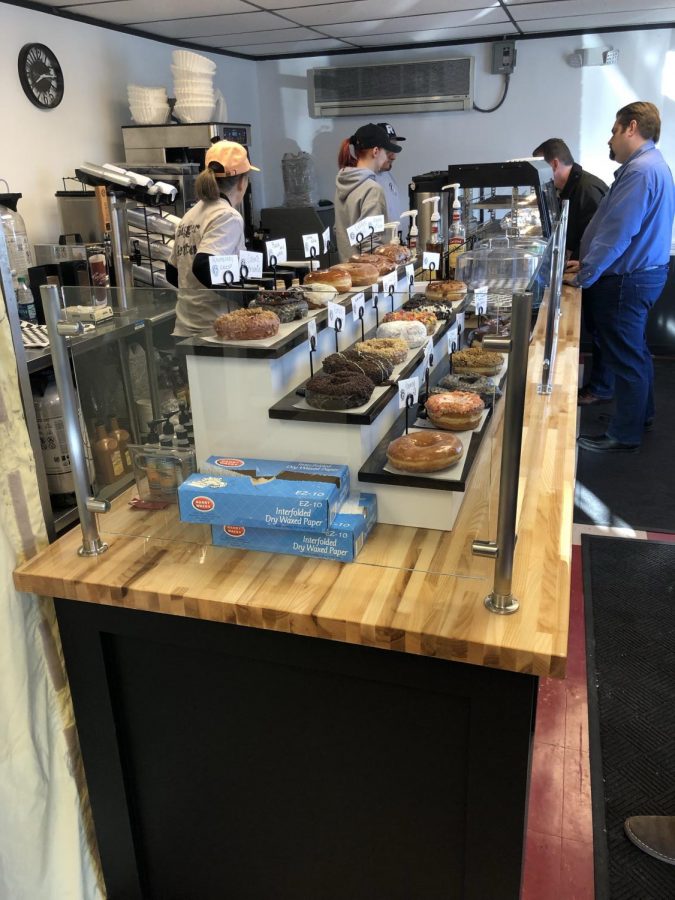 By: Jake Hughes and Dan Bugaev

Westborough’s newest donut shop, Rocco’s Donuts, is off to a fast start after opening Thursday, March 21st. Many students came in that morning holding what looked to be like pizza boxes. But, they were in fact very large donuts of all different sorts in this pizza shaped box from Rocco’s Donuts. The store gave out 100 Rocco’s T-shirts for the first 100 customers to celebrate their grand opening. On top of that, Rocco’s sold out their first 2,000 donuts before the school day even ended.

The shop is located where the old Regatta Deli used to be (3 Colonial Drive Westborough, MA 01581) next to the Dunkin Donuts in downtown Westborough. The store is open Thursday through Sunday from 6:00 am to 3:00 pm. There is also the original Rocco’s location in Millbury, MA.

This donut shop has far superior choices for donuts than its competitors in Westborough. Ranging from the classic glazed donut to fruity pebbles, to maple bacon donut, the choices feel endless. 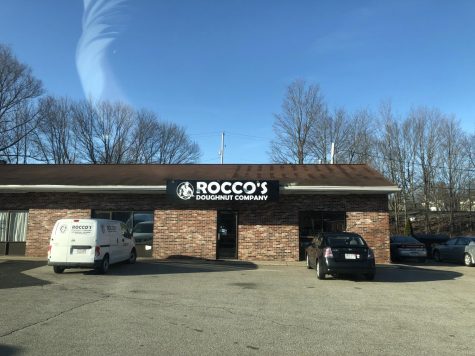 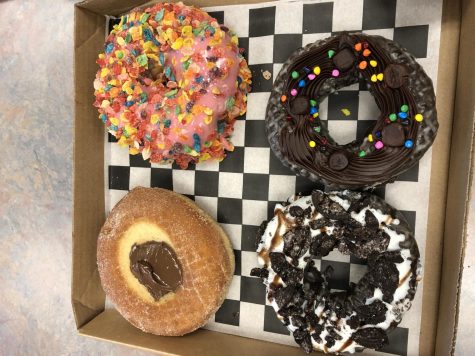 Another favorite of WHS students is the Cinnamon Nutella donut that is a cinnamon donut with chocolate Nutella in the middle. The store also sells breakfast sandwiches between donuts. The donut is compared to a softer and thinner bagel and isn’t as sweet as a traditional donut, but gets the job done.

The store is very nice inside and provides minimal seating by the window. Most people just grab donuts and go and don’t eat inside so minimal seating is not a big deal. But, if people do want to eat there, they do have stools by the window sill to sit on while snacking on a donut or breakfast sandwich.

Be sure to try out this extravagant donut shop and leave comments below on what donut you like best!